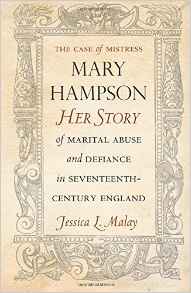 Her Story of Marital Abuse and Defiance

A video interview of Ms. Malay 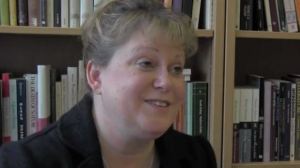 The legal state of coverture

According to English law, after marriage, a woman was “covered” by the legal identity of her husband, meaning that everything she owned belonged to him. An independent wife was seen as a threat to marital harmony; therefore, it was better for the entire family if her rights and assets were entrusted to him. While the intent of this law was to ensure marital harmony, it often had the opposite effect if a marriage turned bad.

Mary Wingfield was seventeen when she married Robert Hampson, a twenty-nine-year-old lawyer from a prominent family who seemed to have a bright future. Mary’s late father had left her a jointure, a sort of “insurance policy” for the future, that was specifically designed to be hers and not transferred to her husband after marriage.

Robert Hampson’s father had invested heavily in the purchase of fenlands in East Anglia, which was expected to pay off handsomely after the lands were drained and the rich farmlands uncovered. Before his death, he directed Robert to sign an agreement to pay his sisters two thousand pounds as their share of the bonanza. Unfortunately, there were no rich farmlands uncovered, but Robert was still on the hook for two thousand pounds, which he did not have.

This situation—and Robert’s inability to get control of Mary’s jointure—was the inciting incident of the troubles between the two.

The marriage appeared to be satisfactory for the first few years. It wasn’t until Robert’s sisters started clamoring for their inheritance that things went wrong. Robert convinced Mary that she must sign her jointure over to him in order to keep him out of jail. She was only nineteen, though, and the judge refused to do it. Robert brought in a merchant who was willing to accept the deal, along with a signed statement from Mary, which she gave him, believing she was keeping her husband out of jail. Her maternal uncle, however, insisted that Robert give her another jointure—of fenlands and the house they lived in—so that Mary would still have an “insurance policy” of sorts.

As Robert’s financial woes continued, Mary eventually discovered the truth, and took him to task for his deceptions. He responded by putting her in lodgings with very little financial support and disappearing for weeks at a time on his legal circuit. A very pregnant Mary had to beg assistance from her mother, and wasn’t shy about protesting this treatment when Robert returned. She states in her pamphlet that he struck her on the breast, and then abandoned her until the child was born.

Soon after, Mary decided to go to France, upon a recommendation from a doctor. Robert agreed to give her thirty pounds for six months, which was a pittance, but Mary did have her family jewels. Until Robert demanded the jewels and the deed of her new jointure. She refused. He waylaid her trunk trying to find them, unsuccessfully, since she had them on her person, but he did get the deed. Once she was gone, he told everyone she had deserted him.

Upon her return to England, Robert’s first reaction was to throw her out of his residence. Then began a series of attempts to get her to sign away or sell some of her property. When she refused, her locked her in the home and tried to starve her until she would accede to his demands. Then he tried to throw her out so that he could charge her with abandonment. When she stood her ground, he put a pistol to her throat. A day or so later, he beat her so badly some folks from outside came to the door to protest.

Mary’s life was a misery. She discovered that her maid was being bribed by Robert to tell her lies about her mother’s health, so she dismissed her and hired a new one. After her mother’s death, Robert sent someone to her mother’s house to collect everything he could, saying that Mary had no right to anything. Mary got away with a few things, but not her mother’s will, which left her everything. It disappeared. Her mother’s maid testified falsely that the will she witnessed left everything to her son-in-law Robert.

After Mary’s mother’s death in 1669, Robert started selling her mother’s property and moved out of the house, abandoning his wife. Mary, afraid to leave for fear of being locked out, tasked her maid with selling some of the household goods for money to live on. Upon discovering this, Robert charged the maid with theft (since he owned everything), and the maid went to prison.

Mary’s pleas to the church leaders were decided in her favor. Robert was excommunicated and ordered to give her five pounds a week, which he never did. Mary’s attempts to seek justice from the legal system were long and drawn-out, at least partly because of Robert’s connections. According to her, he bribed judges and paid witnesses to counter her claims and besmirch her reputation. In the end, Mary resorted to writing her story and having it printed in a pamphlet that made the rounds of London and won her a handful of supporters. 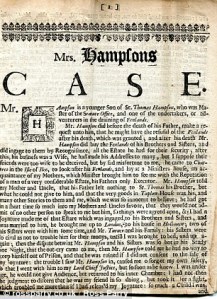 The courts eventually agreed that the marriage was over, and the couple better off separated, and awarded Mary alimony of a hundred pounds of year, which meant that the struggle between them was doomed to continue, as Robert would go to extreme lengths not to pay it, forcing her to find allies to help her make him pay. Mary went to live in France to try to escape from it all, but Robert made use of that by telling everyone she was dead and trying to steal her inheritance from her uncle, supposedly for her daughters.

Mary’s daughters—unsurprisingly since they had resided almost entirely with their father—sided with him, along with Elizabeth’s husband Charles Bill, in these legal battles. Their relationship never recovered, not even when Robert died in 1688, because Mary refused to give up her efforts to regain her inheritance from her uncle.

Although Mary gained the support of some influential people, including Mary and William Montagu, her reputation as a gentlewoman was irretrievably lost. No doubt that is why she chose to live on the continent at various points in her life—Europeans were much more sympathetic to an Englishwoman’s plight, and marital separations were not considered scandalous.

In the end, she chose to live with a mother and daughter, Mary Opaven and her daughter Mary, in the parish of St. Brides, London. Even after her death in 1698, the legal battles continued, as Mary bequeathed her property to the Opavens, and her daughters contested the will.

The other side of the story

The existence of a boatload of court documents filed on behalf of Mary and Robert, as well as their daughters and son-in-law, enables us to consider these events with more than just Mary’s assertions. Robert admitted to beating Mary, taking her property, keeping her children from her, throwing her out of the house, and refusing to pay maintenance for her, although he had his own version of the events to tell. But did he try to kill her? Did he hire a spy (Everard) to make false accusations of her conduct when she lived abroad? The evidence is inconclusive.

Through these legal documents we are given one final glimpse into Mary Hampson’s life, so often filled with conflict, poverty, and at times real danger. Her estrangement from her daughters and the loss of her social position reveal the inability of social institutions to protect women in troubled marriages. The actions of Robert Hampson, Charles Bill, Edmund Everard, and even William Baker illustrate how men could use legal and state institutions to protect their own interests at the expense of the vulnerable, especially women. There is little to respect or admire in the stories of any of these men, at least in their behavior toward Mary Hampson.