In my mind, Charlecote Park will always be associated with buses—and the frustration of trying to find the one you need to take you to your destination. Maybe it’s not fair, since the problem I had was in part due to my own error, and it was certainly not the first time I’ve had issues finding transportation between train stations and stately manors, but it will forever be remembered as the place where I “lost it.” Or, as I put it when relating the story later to my friend Cora Lee, “I totally freaked out.”

The rail system in the UK is fabulous, especially if you get a BritRail pass before you leave. The BritRail pass makes reservations unnecessary, so you can get on any train without having to worry about timing. Unfortunately, there is a little matter of the distance between the rail station and your destination.

I’ve found Cheryl Bolen’s England’s Stately Homes By Train very helpful in this regard because she gives specific instructions for buses and taxis. But things don’t always work out the way they’re supposed to. For example, when you leave the train station and are confronted with a listing of buses that shows every number except the one you need, and nobody around you knows anything about that one, what do you do? My solution: find a taxi. The extra money is definitely worth the peace of mind.

But you still have to find a way back to the train station. If you have a mobile phone, you can call the cab company that brought you there. Or you can make an arrangement with the taxi driver to pick you up at a certain time, but then you might have to cut your visit short, which is a shame, since these stately manors have so many sights to see besides the interior of the house.

So, make sure you have a mobile phone. Because you never know when you are going to find yourself at a station that has no taxi and no pay telephone. Even if the online information says there is a telephone there, it won’t help you if the telephone is inside a building and the building is closed for the weekend—or the bank holiday—or is just always closed and nobody bothered to update the information on the website.

So what happened at Charlecote Park?

At Leamington Spa, I walked outside looking for a bus station adjacent to the train station. (Later, I realized the directions said “bus stop”, but the bus stop in front of the train station did not list Charlecote anywhere, and the one across the road had a sign that said, “Check schedule,” which was not helpful, since I didn’t have one.) I walked around and asked several people if they knew how to get to Charlecote Park. They did not. So I returned to the train station and asked an employee at a window there where the bus station was. He said to take the path to the left, follow it around a bend, and it would be on the next street. Um, no. It was just a street.

I walked one way for a few blocks, then saw a bus going the other way, so I changed direction. On the way, I asked a construction worker, who scratched his head and said first one way, then the other. I kept walking. The road curved around and I asked an older couple who were getting out of a car with tennis racquets.

“The bus station? Oh, it’s right next to the rail station, right around this curve!”

Really? How had I missed it? I must be a real dunce. So I asked them if I should turn and go back the way I came or just keep going around the curve. They discussed it for a few moments, and then shrugged and said it was six of one and half a dozen of the other. So I decided to follow the curve rather than retrace my steps, which was probably a mistake, since I found myself on a busy highway that seemed to go on forever.

By the time I had reached the rail station again, I had already walked four miles and was about to lose my temper. But then I saw a taxi stand, and my problems were over. Or so I thought.

I did finally get to Charlecote Park. My first action was to get a latte and scone at the cafe and rest my aching feet. I did feel better after that, and kept telling myself the same thing I told my ten-year-old nephew when I took him and my sister to Mexico for two weeks: Think of it as an adventure you can brag to your friends about. What are a few hardships to a veteran traveler? 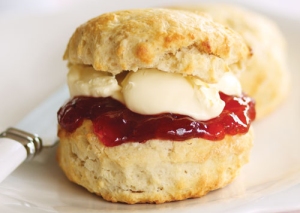 But getting there is only half the problem. You always have to find a way to get back.

This time, I queried the staff in the ticket office, telling them the story of the non-existent bus station. They were sympathetic, but couldn’t tell me anything about a bus station. An elderly volunteer “who knows everything about the buses here” shook his head and said, “There hasn’t been a bus station in Leamington Spa for more than fifteen years.”

Aha! No wonder I couldn’t find it!

But there are buses to Leamington Spa. One employee got out the schedule to prove it to me. The bus stop is just around the corner. Turn right at the entrance and go around the corner and it’s right there. Such nice, reassuring people. This time I would find the bus stop!

But I didn’t. There wasn’t any bus stop. Had I misunderstood the directions? Or was this an unmarked bus stop that only locals knew about? By this time, I was really upset. Hopping mad, in fact.

But I had to do something. So I found myself at the Charlecote Pheasant Hotel. At first there didn’t appear to be anyone there. Really? This just wasn’t my day. Finally, I found a workman who directed me to the front desk, where, when I got there, I promptly burst into tears.

Humiliating, you say? I was way beyond that. The kind young woman at the desk offered me water and showed me to a place where I could sit and calm down. She was so helpful! When I was ready, she showed me where the bus stop was (and no, there wasn’t a sign), and I managed to get back to the train station all in one piece, and only slightly the worse for wear.

The moral of the story is—. Well, there really isn’t one. Having a mobile phone wouldn’t have helped in this situation. But when you travel, even if you have a great guidebook, expect to find unexpected difficulties. Do not expect that locals will always be able to help you—especially if you ask them for something that doesn’t exist. But do expect to find kind, compassionate people who will help you when you need it most. In the end, it will turn out to be a grand adventure you can tell all your friends and even laugh about. Maybe. 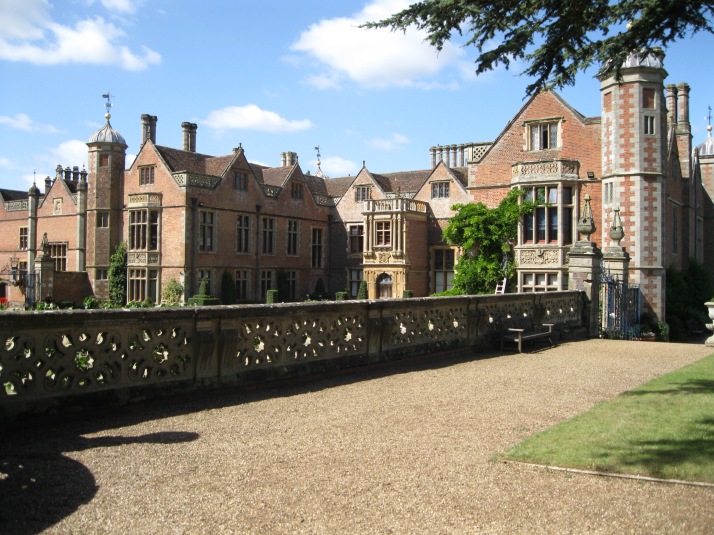 Charlecote Park was built by Sir Thomas Lucy in 1558. Located in Warwickshire, four miles from Shakespeare’s home, Stratford-upon-Avon, it is famous for having housed Queen Elizabeth I. According to legend, a young William Shakespeare was caught poaching deer here, and he took his revenge on Sir Thomas by portraying him as the fussy Justice Shallow in The Merry Wives of Windsor. The famous Capability Brown worked his magic on the landscaping here, but he had to do it without cutting down a single tree.

George Hammond Lucy and his wife Mary Elizabeth refitted the house in the mid-nineteenth century in the style of “Good Queen Bess” or Elizabethan Revival. With the help of designer and heraldic expert Thomas Willement, they filled the new rooms with heraldic stained glass, early editions of Shakespeare, and ebony furniture (which they thought to be Tudor). Many tables and cabinets came from the bankruptcy sale of collector William Beckford.

Check out my photos from Charlecote Park here.