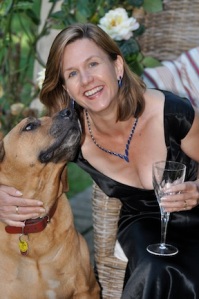 I was tagged by Beverley Eikli to participate in this meme. I met Beverley at the Romantic Times Convention last year in Kansas City. A fellow Ellora’s Cave author, she writes historical romance, although hers are spicier than mine! I invited her to join History Lovers, a Facebook group started by a few of us who participated in NANO in 2012.And so we’ve kept in touch by exchanging blog posts and helping each other get the word out about our books.

Beverley Eikli is the author of eight historical romances.

She has worked as a journalist, magazine editor, a safari lodge manager in the Okavango, and an airborne geophysical survey operator on contracts around the world.

Beverley wrote her first romance at seventeen, but drowning her heroine on the last page was symptomatic of the problems she grappled with during her 23-year journey towards publication.

Recently she received her third nomination from Australian Romance Readers for Favourite Historical Romance with her suspenseful Napoleonic espionage Romance The Reluctant Bride.

Beverley teaches in the Department of Professional Writing & Editing at Victoria University, Melbourne. She also teaches Short Courses for the Centre of Adult Education and Macedon Ranges Further Education. 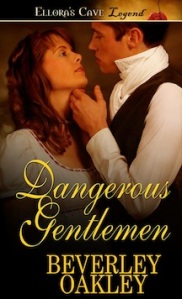 What am I working on?

My current WIP in a time travel romance that includes my time-traveling Regency lady, Lady Pendleton. It’s about 50K so far and I’m currently working on Chapter 13, with about six more to go. I’m hoping to finish it by the end of the month so I can work on the story I’m planning for this year’s Cotillion Christmas anthology. For more information, check out my March 10th post, “Lady P in Florida and a Sneak Preview of “A Home For Helena.”

How does my work differ from others in the genre?

This particular story is unique (I think) because I’m using my blog character, Lady P, as a secondary character. Readers of my blog are familiar with her antics through interviews and discussions about Regency England. Lady P, who bears an uncanny resemblance to my mother (LOL), is an eccentric widow, an empty-nester, who somehow discovered time travel and amuses herself by popping into the future every now and then. Hmm…just got an idea. Someday I’ll have to write about how Lady P got into time travel in the first place. (Hint: it has something to do with a gypsy lady who seems to possess the gift of immortality.)

My traditional Regencies thus far tend to focus on rural England and the financial and marriage difficulties faced by the gentility. No dukes so far, but the hero and heroine of Treasuring Theresa are both titled. While balls and social events do show up occasionally, my protagonists aren’t social butterflies. Whether titled and wealthy or not, they have responsibilities in life beyond shopping and gossip.

Why do I write what I write?

From the time I discovered Georgette Heyer and Jean Plaidy, I’ve been fascinated with history. Not the sort of thing we had to study in high school with battles and dates, but the way people lived.

What was it like to be the oldest daughter in a household of daughters and feel like you have to sacrifice yourself in marriage in order to secure the future of your sisters? Marriage was pretty much the only future for a woman in the Regency; Jane Austen and her sister were able to remain single through the kindness of family members, but many women were not so fortunate.

Financial hardship is another common problem. In A Twelfth Night Tale, Lucy’s grandfather gambled away nearly everything, and her father has had to work hard to build up the family’s small estate. In Treasuring Theresa, Lady Theresa’s father was victimized by an embezzler, and he had to use her dowry to run the estate. He thought he’d have time to build it back up, but then he became ill and realized that when he died, the entailed estate would go to a distant cousin and his daughter would be homeless.

I’m fascinated by these situations. And yes, I love the gowns and the balls and the scenery and just about everything else associated with this period, but to me, it’s the characters and their dilemmas that really make a story.

How does my writing process work?

A good question. After two years of calling myself a full-time writer, I think I am finally beginning to understand what that means. It doesn’t mean I write all day long, although I tried that. The problem is that I need time to let ideas and scenes percolate in my mind. I might get 3,000 words done if I write for six hours straight, but they are not pleasant hours. I feel too much pressure, and then there’s the guilt when something interrupts and I only get 1000 words done and I feel like I have to do 4000 the next day. After awhile, I realize I am miserable, and hey, I didn’t choose this career because I wanted to be miserable.

And then there’s promotion. Once I had Treasuring Theresa to promote, I had blogs to write, ads and swag to create, and social media to tend to. I enjoy these things—almost too much—and it’s easy to spend hours doing them rather than moving forward on my current WIP. Just about every author I know has the same dilemma, even though we know for a fact that the WIP is far more important!

They tell me it takes three weeks (21 days) to form a habit. I’ve made it a priority to write at least two hours every morning. At first I had to push myself. There were many other things I’d rather be doing, but I just keep telling myself to keep writing and do the other stuff later. If I have a meeting or doctor appointment to go to, I don’t beat myself up about it. That’s life. And believe it or not, it’s worked! These days I just sit down in front of the computer and start working. I don’t whine about it. And when I’m done, whether I’ve written 800 or 2000 words—usually it’s around 1000—that’s it for the day. I can write blog posts or play Candy Crush all I want, and I don’t have to feel guilty. I can LOVE writing again!

But, you say, how can you call yourself a full-time writer if you’re only doing it two hours a day? Because I can, that’s why. 🙂 And because a good chunk of the rest of the day is spent doing writing-related work.

Have you ever tried to make or break a habit using the 21-day method? How has it worked for you?

When I was eight, I wrote a story about Han Solo. The next year I read Tolkien and Barbara Cartland. Romance and science fiction and corsets and blasters and Balrogs have been muddled in my brain ever since. Once upon a time, I married a charming scoundrel who may also be a nerf herder. Still like him a whole lot. 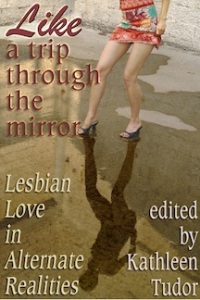