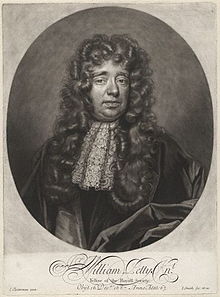 Sir William Petty is commonly described as “the founder of the house of Lansdowne,” a statement which is not sufficiently exact for all readers.

The story of William Petty, from May 1623, when he was born at Romsey, in Hampshire, to the time of his interment in the Norman church of that town, in 1687, is one of those lessons of life which can scarcely be too often repeated.

Petty was the son of a clothier in humble circumstances, was sent to Romsey Grammar School, and determined next to study at the University of Caen, in Normandy. Thither he sped, supporting himself by the way, with “a little stock of merchandise,” as a pedlar. He returned to England, and apprenticed himself to a sea captain, who, however, “drubbed him with a rope’s-end for the badness of his sight. This ill-treatment disgusted him with the navy; he took to the study of medicine, and while at Paris for that purpose became so poor as to subsist for two or three weeks entirely on walnuts; but, by help of the pedlar trade, he came back to England with money in his pocket. Here he exercised his liking for mechanics by inventing a letter-copying machine, or, as he called it, “an instrument for the art of double writing,” which he patented, for seventeen years, in 1648; and this very instrument is the prototype of the manifold letter-writers of our times. Petty likewise practiced chemistry and physic; and at his lodgings in Oxford were held the first meetings to form the Royal Society. At Oxford, Petty acted as deputy to the anatomical professor there: he lodged at an apothecary’s house, “because of the convenience of inspecting drugs.” In 1652 Petty was appointed Physician-General to the Army in Ireland. In 1664 he undertook the survey of Ireland; and in 1666, he had completed the measurement of two million and eight thousand acres of forfeited lands, for which, by contract, he was to receive one penny per acre. Sir William Petty is better known in our day as a writer upon trade and commerce and political arithmetic.

Darren Wershler-Henry’s The Iron Whim: A Fragmented History of Typewriting (2005)

Among Sir W. Petty’s inventions was “a double-bottomed ship, to sail against wind and tide.” He wrote on dyeing and on woolen cloth manufacture; he speculated in ironworks, lead-mince, a pilchard fishery, and timber trade; and all this time took an active part in the discussions of the Royal Society. He also built Tokenhouse Yard, Rothbury, on the site of the Earl of Arundel’s house and garden: and he held property in the yard at the time of the Great Fire. His will, made in 1661, details his birth, boohoo, education, adventures, studies, attainments, and promotions in life, commencing “with three-score pounds at the age of twenty,” an being in the receipt of 15,000l per annum a short time before his death, at which time he was residing in the corner house on the east side of Sackville Street, Piccadilly, opposite St. James’s Church. The widow of Sir William Petty was created Baroness Shelburn. He left two sons and a daughter. The eldest son succeeded to the title; but, dying without issue, it was revived in Henry, the second son, great uncle of the first Marquis of Lansdowne.

The remains of Sir William Petty rest in Romsey Church, where, on the south side of the choir, a plain slab bore the inscription, “Here Layes Sir William Petty;” but a more fitting memorial of his celebrated lineal ancestor was, in 1862, erected by the late Marquis of Lansdowne.

Sir William Petty FRS (26 May 1623 – 16 December 1687) was an English economist, scientist and philosopher. He first became prominent serving Oliver Cromwell and Commonwealth in Ireland. He developed efficient methods to survey the land that was to be confiscated and given to Cromwell’s soldiers. He also managed to remain prominent under King Charles II and King James II, as did many others who had served Cromwell.

He was Member of the Parliament of England briefly and was also a scientist, inventor, and entrepreneur, and was a charter member of the Royal Society. It is for his theories on economics and his methods of political arithmetic that he is best remembered, however, and to him is attributed the philosophy of ‘laissez-faire’ in relation to government activity. He was knighted in 1661. He was the great-grandfather of Prime Minister William Petty Fitzmaurice, 2nd Earl of Shelburne and 1st Marquess of Lansdowne. 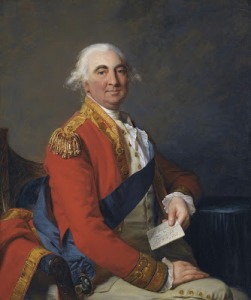