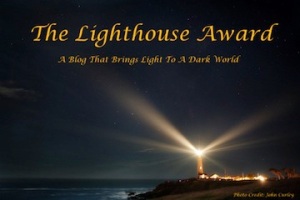 Shehanne Moore is a hoot. A Scots hoot to boot. (Oh look, I’m a poet!) Her Lady Fury hosted me on Furious Unravelings, and I’ve never had so much fun in my life hobnobbing with pirates in the Caribbean. This writer gig is really the best. I never got to meet pirates when I was a teacher! To find out more about Lady Fury and her own special pirate, Flint, check out The Unraveling of Lady Fury.

Anyway, Shehanne’s pet hamsters have nominated me for a Lighthouse Award. Isn’t that fabulous! They’re so cute too! Check ’em out here.

I love to host other authors on my blogs. Susana’s Parlour is for historical romance (mostly Regency) and Susana’s Morning Room is for all sub-genres of romance. I’ve met so many fascinating people, and I hope featuring them and their books helps them find new readers. Information about guest blogging is available in the top menu under Susana Seeks Guest Authors. I also host for Goddess Fish Promotions.

Another thing I enjoy doing is organizing blog tours and hops. After participating in a few very large hops featuring a diverse group of authors, it occurred to me that smaller hops focusing on a single sub-genre—historical—might be more effective.While you still get some folks who are mostly interested in the prize, there seem to be more who are truly interested in discovering new books to read.It’s fun to experiment with new things and discover more about what works and what doesn’t. And I LOVE putting together treasure boxes full of cool stuff for the winner!

Most of all, I enjoy posting about historical information for the benefit of my readers.That’s why I created Lady P, an eccentric Regency, time-traveling lady who comes to Toledo (and now Florida) to help Susana learn about the “real” Regency. Lady P bears a strong resemblance to my mother, Mrs. Ellis, and I am featuring her in my current WIP, a time travel. Much of what I learn in my own research gets shared here on Susana’s Parlour.

I’m nominating the following bloggers for the Lighthouse Award:

Congrats to all the nominees! You deserve it!

Shehanne will be awarding a $10 Amazon GC to a randomly drawn commenter during the tour. Click the banner above to follow the tour and increase your chances of winning.

Only one man in England can identify her. Unfortunately he’s living next door.

Ten years ago sixteen year old Sapphire, the greatest jewel thief England has ever known, ruined Lord Devorlane Hawley’s life. Now she’s dead and buried, all the respectable widow, Cassidy Armstrong, wants is the chance to prove who she really is.

But not only does her new neighbor believe he knows that exactly, he’s hell-bent on revenge.  All he needs is the actual proof.  So when he asks her to choose between being his mistress, or dangling on the end of a rope, only Sapphire can decide…

What’s left for a woman with nowhere left to go, but to stay exactly where she is?

And hope, that when it comes to neighbors, Devorlane Hawley won’t prove to be the one from hell. 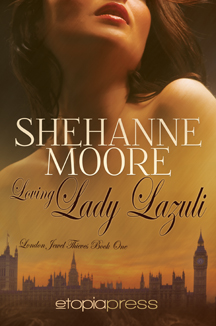 “So, why don’t you damn well learn to be one then and spare us good—”

“Unfortunately, as the wife of a servant of the realm, in this time of crisis, that has not been possible.”

There. She’d said it. Now she would wait for the expected reaction.

Lord Koorecroft’s eyes bulged. “But I had it from Tilda you was a widow.”

And still would be having it, had Gil not gone and turned up last night—which was why Cass felt her jaw stiffen in a ghastly parody of the smile she attempted to give.

“Wait…good madam, are you saying—”

Cass squeezed back into the dark interior of the carriage. Lord Koorecroft’s jaw had dropped open. This was over if she did not press the advantage but this was the perfect opportunity to do so. To seize it though and truly make it hers as she had failed conspicuously to so far, she needed to seem a little more discreet than she was perhaps being, sitting in a carriage at a tavern door. To look, in a street bustling with afternoon shoppers and traders unloading goods from carts, a little more dignified, put upon, by the ungallant Lord Hawley. To seem driven by his vile peeping Tom persecution into behaving in ways she would normally shrink from, gallant little woman that she was.

“Yes. In—in the service of my country, there have been sacrifices. That was but one.”

As he worked his mouth open and shut, Lord Koorecroft seemed astonished. 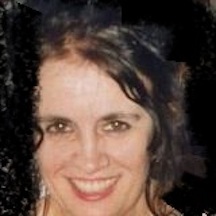 Shehanne Moore writes gritty, witty, historical romance, set wherever takes her fancy. What hasn’t she worked at while pursuing her dream of becoming a published author? Shehanne still lives in Scotland,  with her husband Mr Shey. She has two daughters. When not writing intriguing historical romance, where goals and desires of sassy, unconventional heroines and ruthless men, mean worlds collide, she plays the odd musical instrument and loves what in any other country, would not be defined, as hill-walking.

Her second book featuring a hottie scottie, His Judas Bride was recently released and featured previously on this blog.

Shehanne will be awarding a $10 Amazon GC to a randomly drawn commenter during the tour.

Click the banner above to comment on each stop of the tour and increase your chances of winning.

About His Judas Bride

Callm McDunnagh, the Black Wolf of Lochalpin, ruthlessly guards heart and glen from dangerous intruders. But from the moment he first sees Kara he knows he must possess her, even though he also knows that surrendering to his desire may prove the most dangerous risk of all.

Now no problem becomes big problem as passion and desire rage out of control. Kara must look into the soul she thought she sold to make a choice. But can she look deep enough? Only she can decide who and what passion can save, or destroy, how when and who will finally learn the truth of the words… Till death do us part.

Yes. This tone was more reasonable, but she’d a horrible feeling the damage was done. His guests gaped. The serving girls gaped. Even the Wolf turned his head, his sea-green eyes glinting silver beneath his lowered brows.

This wasn’t just a question of keeping her expression neutral. After his performance in this very hall the other day the last thing Kara wanted was the Wolf striding over here and taking further issue with her betrothed. Not when the notion he owed her the reprieve was one she only just clung to.

When it was clear Ewen wanted to make a show, she must swallow her annoyance that the offer would never have arisen in the first place had the Wolf not waltzed in here, stand up, and take the arm Ewen McDunnagh now extended. But the crippling thing was that her father’s dungeon wasn’t the place for jigs. She had not danced in years.

To stand out there on the floor was to expose that fact. A jug, she could not help feeling, would be so much better. At least a jug would not leave her looking like a damned fool when she was meant to have lived in Edinburgh for five years jigging nonstop. There must be something she could do that would prevent this.

“The music is not to your satisfaction, perhaps?”

Suppressing the desire to grit her teeth, she forced a smile. “Oh, no, not at all my lord, the music is lovely. Quite beautiful, in fact. And you do me very great honor. I could not help noticing though, the fine dancer you are, while I—I, how can I possibly say this—”

“Something slower for my bonnie bride. She has been learning in Edinburgh and will show us the latest steps.” 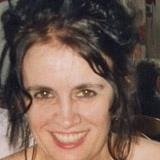 Shehanne Moore is a Scottish author, who writes gritty, witty, as much risky as risqué, historical romance, set wherever takes her fancy. Stories that detail the best and worst of human behaviour, as opposed to pouts and flounces. For years she worked at various things, while pursuing her dream of becoming a published writer, so she was gobsmacked to sell her book, The Unraveling of Lady Fury, written in three months,  to U.S. publishers, Etopia Press,  six days after subbing it.

Shehanne still lives in Scotland,  with her husband Mr Shey. She has two daughters. When not writing intriguing historical romance, where goals and desires of sassy, unconventional heroines and ruthless men, mean worlds do collide, she fantasizes about cleaning the house, plays the odd musical instrument and loves what in any other country, would not be defined, as hill-walking.