B.J. will be awarding a $50 Amazon gift card, Scottish shortbread cookies, can cooler and mouse pad (US/CANADA ONLY) to a randomly drawn commenter during the tour. Click the banner above to follow the tour and increase your chances of winning.

Since this is a historical romance, I was given the option to discuss something interesting about Scottish history. One of things I found interesting was the reason the thistle is considered the emblem of Scotland over the sweet smelling heather.

The prickly, green leafed weed, with the purple floral crown is seen on almost anything associated with Scotland. The legend is that in 1263, during the reign of King Alexander III, Vikings, led by their king Haakon IV landed on the shore of Scotland. Had they come to invade Scotland, were they raiding villages along the coast or had they been forced ashore by a storm?  The answer may never be known, but it castles on the coast were on guard for an attack, because it had been attempted in the past. When the Vikings came ashore, the cries of the barefooted warriors, as they stepped on the thistles served as a warning, allowing the Scots to prepare for the invasion and thwart the attempt. The first use of the thistle as an emblem was recorded in 1470 when it appeared on a silver coin issued by King James III.

The thistle in ancient times was thought to be a symbol of nobility of character and birth. To do harm to the thistle would result in punishment.  Because of this belief when the ancient chivalric, noble Order of the Thistle was founded by James II, the thistle was chosen as the symbol in 1687.  Their motto   “Nemo me impune lacessit” (no one harms me without punishment.) In Scots  “Wha daurs meddle wi me”

The order still exists today, the motto used on many things associated with Scotland. 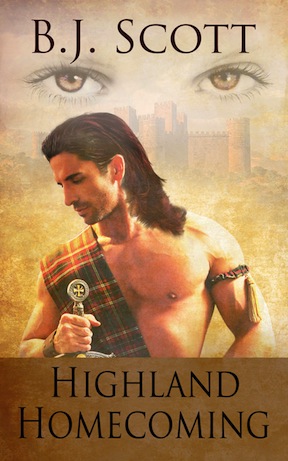 The last thing Alasdair Fraser expects to find on an isolated beach in Northern Scotland is a beautiful, unconscious lass. Unable to turn his back on someone in need, he delays his journey and tends to her injuries–an act that has him questioning his destiny and his plans to rejoin the fight for Scotland’s independence.

Will he drop the shield that guards his heart or will the secrets she fails to reveal and his own stubbornness keep them apart forever?

Perched on a stool by the fire, he watched her sleep, wondering how he was going to ever let her go. She was by far the loveliest woman he had ever seen, and she did not seem to be put off by his size, awkwardness, or lack of manners. But duty dictated that they part ways.

After tossing a log on the fire, he spread a pelt on the floor in front of the hearth, then lowered himself to the ground. He pulled the tunic over his head and tossed it on the stool, then did the same with his trews and boots, before settling beneath a length of plaid

The last thing he wanted to do was lie on the floor and go to sleep. If truth be known, he wanted to slip beneath the covers, take Lauren in his arms, and make her his own. But that would not be right or proper. They were not betrothed and despite what people might think of him, he was a man of honor.

The women he’d bedded in the past had all been of questionable repute and none had been untried maidens. If Lauren was not already married or spoken for, he held enough respect for her that he would wait until their wedding night. But then again, if she did not get her memory back, he might never know for certain.

He slammed his fist on the floor. What the hell was he thinking? He was never going to take a bride. Especially one with no past. He was a warrior. There was no future for them, something he best not forget. He tucked the plaid around his shoulders and dozed off.

An ear-piercing scream disturbed his slumber and Alasdair jolted up with a start. Wasting no time, he climbed to his feet and raced to the pallet. 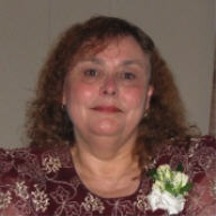 With a passion for historical romance, history in general, and anything Celtic, B.J. always has an exciting work in progress. Each story offers a blend of romance, adventure, suspense, and, where appropriate, a dab of comic relief. Carefully researched historical facts are woven into each manuscript, providing a backdrop from which steamy romance, gripping plots, and vivid characters—dashing alpha heroes and resourceful, beguiling heroines you can’t help but admire—spring to life. A member of RWA, World Romance Writers, Celtic Hearts Romance Writers, and Savvy Authors, B.J. also writes contemporary, paranormal, time travel, and romantic suspense.

C.S. Lewis first captivated B. J.’s imagination in the fourth grade, and her desire to write sprang from there. Following a career in nursing and child and youth work, B.J. married her knight-in-shining-armor, and he whisked her away to his castle by the sea. In reality, they share their century-old home in a small Canadian town on the shore of Lake Erie with three dogs and a cat. When she is not working at her childcare job, on her small business, or writing, you will find her reading, camping, or antique hunting.