The Vauxhall Pleasure Gardens is one of the places I’d love to slip back in time to visit, just to catch a glimpse of what it was like. After recently splurging to buy this lovely coffee-table book, I thought it might make a wonderful subject for a new blog series. But do buy the book too, if you can. The photos are fabulous! 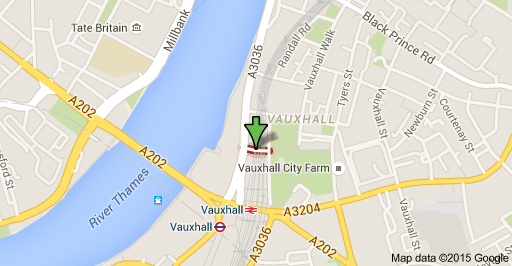 Royal Parks, such as St. James and Hyde Park, began to open up to the public in the seventeenth century. The first “Spring Garden” was located near St. James Park. Amenities in 1614 included a bathing pond, water fountains, graveled paths and fruit trees, a butt for archery, and a tiltyard. A bowling green was added by Charles II. It also became known for excessive drinking, quarrels, and hopeful prostitutes.

Samuel Pepys and the “Old” and “New” Spring Gardens

But there were also “Spring Gardens” at Vauxhall during the early seventeenth century, and after the Restoration, two of them, one “Old” and one “New” which has caused much confusion over the years. The “Old Spring Garden” was a pleasant place to walk with trees and flowers, with food available that Samuel Pepys spoke of as too “dear”, causing him and his family to eat at a nearby house instead after they had also visited the “New Spring Garden.” The word “New” was used to indicate that it was re-opened after the Restoration. Before 1750, when Westminster Bridge was opened, most visitors arrived by boat.

TAKING WATER FOR VAUXHALL – Be careful, my Love, don’t expose your Leg

We took a boat to the other side of the Thames to see two gardens, where everyone can go and walk, have something to eat in the restaurants or in the cabins in the garden. They are called Spring Gardens, that is to say Jardin du Printemps, and the new one is more beautiful than the old. I admired the beauty of the grassy walks and the niceness of the sanded ones. It is divided into a large number of plots twenty or thirty yards square, enclosed by gooseberry hedges, and these plots are also planted with raspberry bushes, roses, and other shrubs, as well as herbs and vegetables, such as peas, beans, asparagus, strawberries and so on. The walks are bordered with jonquils, gilliflowers or lilies. We returned after we had eaten and went again to Longacre.

Samuel Pepys was a frequent visitor to the gardens, mentioning it twenty-three times in his Diary from 1662 to July 1668. On one of his earlier visits, he mentions “boys doing tumbling tricks”. In 1665 when the plague began to take hold, he mentions “the ayre and pleasure of the garden, was a great refreshment to me, and methinks, that which we ought to Joy ourselves in.” A month later, he writes:

I to Fox-hall, where to the Spring-garden; but I do not see one guest there, the town being so empty of anybody to come thither. Only, while I was there, a poor woman came to scold with the master of the house that a kinswoman, I think, of hers, that was newly dead of the plague, might be buried in the church-yard; for, for her part, she should not be buried in the Commons, as they said she should.

A year later, Pepys describes visiting the park with a friend and having a sexual encounter with some prostitutes in a private arbor. He also mentions bird (particularly nightingale) and animal calls, an entertainment which was to become customary at Vauxhall. From his writings, one can infer that entrance to the gardens was free, but that food and drink were not. One entry describes a situation where ladies were stalked by drunken men. Pepys says this:

… at last, the ladies did get off out of the house and took boat and away. I was troubled to see them abused so; and could have found my heart, as little desire of fighting as I have, to have protected the ladies.

Another time, when he visited with his wife, he was again troubled by these young rapscallions:

So over the water with my wife and Deb and Mercer to Spring-garden, and there eat and walked, and observe how rude some of the young gallants of the town are become, to go into people’s arbors where there are not men, and almost force the women—which troubled me, to see the confidence of the vice of the age: and so we away by water, with much pleasure home.

Food and Drink at the Spring Gardens

Restoration literature mentions waiters. The food served was usually cold: the very thin ham shavings that Vauxhall was known for, chicken served with salad, and occasionally beef and lobster. Strawberries and cream were popular, the fruit grown in local market gardens. Beverages were wine, beer, and rack punch (a drink from India containing arrack—distilled from coconut sap—hot water, limes, sugar, and spice).

The ladies that have an inclination to be private take delight in the close walks of Spring Gardens, where both sexes meet and mutually serve one another as guides to lose their way; the windings and turnings in the little wilderness are so intricate that the most experienced mothers have often lost themselves in looking for their daughters.

Much mention is made of intrigues and sexual encounters in the “Spring Gardens,” although it is hinted that such is of a somewhat higher class there than in other public venues. Sir Roger de Coverley complained to the mistress of the house “that he should be a better customer to her garden if there were more nightingales and fewer strumpets” after he was accosted by a “wanton baggage” there.

An escape from the city

The Spring Gardens, although not really the countryside, were far enough away from the dirt and smells of the city that its widely diverse visitors could—at least for a short while—escape their troubles. The following anonymous verses were published in the Gentleman’s Magazine of June 1732:

At Vauxhall Stairs they land, their Passage pay,

And to Spring Gardens, tread the beck’ning way.

The blest Retreat of Liberty and Love.

The peevish Husband, nor the bawling Wife;

Here’s no Restraint to make our Pleasures cloy,

We part at will, and as we please enjoy

See how the Birds by Nature taught to rove,

How sweet they sing, and how like us they love.

With careless Ease they hop from Tree to Tree,

And are as Merry, and as blest as we.

And baits with Poison all the various ways;

The Walks are fill’d with Throngs of different Sort,

From Fleet Street, Drury, and incog., from Court.

To these fair Shades, see Belles and Beaus advance,

Some sigh, some sing, some whistle, and some dance.

One thought on “Vauxhall Gardens: A History”