As a longtime reader of historical romances set in London, I’ve picked up bits and pieces of the city over the years. Names like Astley’s Amphitheatre, the British Museum, the Vauxhall Pleasure Gardens, Carlton House, and Covent Garden are as familiar to me as my own house. Of course, I’ve never actually seen them—most of them no longer exist, or if they do, they do not bear much resemblance to the places my Regency heroines would have visited. And since my previous visits to London have been of short duration—no more than four or five days at a time—it was impossible to do much more than visit a few museums and places that do exist

But this year, I decided to go all out and rent a flat in the center of London for a whole month! I had to draw a few deep breaths before hitting “Pay now”—a flat on Baker Street during the tourist season carries what I consider an astronomical price—but it is considerably cheaper than the Sherlock Holmes Hotel where I have stayed in the post, and I am familiar with the neighborhood.

However, since I am paying through the nose for this fabulous trip of a lifetime, I’m determined to have a detailed plan of places to visit while I’m there. I’ve purchased several travel guides and researched online, and I thought I’d share my thoughts with you, in case you too get to travel to London at some point in the future.

First of all, I’m definitely not going to spend my entire day visiting one sight after another. My back won’t take it, and when I’m in pain, I get cranky. No way do I want to spend a month in London being cranky. Not to mention that I want to be able to get some writing done while I can still feel the magic of the past. (Yes, I will take my noise-canceling headphones with me!)

So the plan is to write in the morning and do my touristy stuff in the afternoon. Of course, I’m planning some trips afield, like to Leeds Castle, which features in my current WIP, but for the most part I’ll be doing my visiting in the afternoons.

In future posts, I’ll share some of the places I’ve noted on my spreadsheet, and I hope some of you will share your favorite “must-see” places as well. I’d rather have too many places on my list to choose from than not enough. This won’t be my last trip, but I want to make sure I make good use of the time I have.

Louise Allen’s book comes in print as well as Kindle. I bought both. My original intention was to leave the print book at home and use the Kindle edition on my iPad mini while there, but I’m reconsidering. The iPad is slippery and the screen is hard to read in the glare of the sun, and I’m always bumping something accidentally and losing my place. The print book isn’t heavy, so I might just have to save on suitcase weight some other way. [Sigh]

The book offers eight walks through various parts of London, designating places of interest to Regency era fans. Many of these are mentioned in Jane Austen’s writings, as places visited by herself and/or her characters. The book is chock-full of images from drawings or paintings, so even if the actual building no longer exists or has significantly changed, you can look at the picture and imagine what it used to be like in the early 19th century. Priceless! 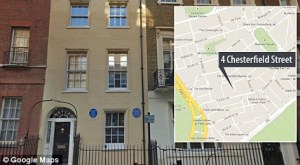 I feel like I know London so much better by just reading the book! Imagine how exciting it will be to actually be there!

Have you tried some of these Jane Austen walks yourself? What are some must-see places I can put on my spreadsheet?

One thought on “Planning My London Adventure: Part I”