Christmas Traditions is the theme of this year’s Ellora’s Cave Blush Cotillion Christmas series. Eight stories focusing on Christmas traditions during the Regency will be released digitally, and then in print version as two anthologies.

The eight stories in the series are:

Christmas traditions can cover the gamut from big events to the little things like hanging the stockings year after year. In Helena’s Christmas Beau, Helena is a stickler for making certain some things are done—and done right. Her Christmas season begins with “stir up day”, when the puddings are made, giving them time to ripen properly before the holiday meal. And there is a ritual to the day that involves everyone in the household, lest it bring bad luck to the family. Traditions and rituals are all well and good, until you run into someone who can’t see the purpose in them!

What inspired you to start writing? 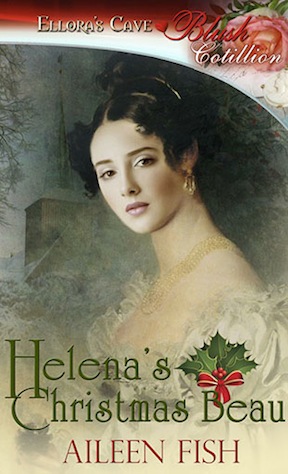 I was always writing when I was a child, and by eight or nine I had announced I wanted to do it when I grew up. When I was twelve, I heard S.E. Hinton wrote The Outsiders at the age of seventeen, so I started my first novel. I think I got three chapters in. It took a lot of spurts of starting and stopping before I submitted my first novel anywhere, and finally came down to seeing everyone else succeed to make me push hard enough to sell my first novella.

What advice would you give to writers just starting out?

Don’t be afraid to change critique groups until you find a group you can work with. Feedback is necessary to improving your writing, but don’t let them change your voice! Write, rewrite, polish then submit.

What comes first: the plot or the characters?

Each story is different. Sometimes I come up with a plot idea or a trope, then think about who would work best in this setting. My main focus at the start is the conflict. What will make it difficult for them to get together at the end? That line of thought finalizes the plot and characterization.

Blush sensuality level This is a sweet romance (kisses only, no sexual content).

Facing her second Christmas since the loss of her fiancé, Helena relies on her favorite traditions to bring back the joy of the season. Yet from stir-up day to bringing in the greenery on Christmas Eve, her cousin’s brother-in-law, Duncan, is underfoot, questioning her every action.

As Duncan plays along with the outdated rites, he realizes how much he’s missed Helena’s laughter. When he hears she plans to re-enter the Marriage Mart next spring, he is struck with jealousy. Is he falling in love, or simply under the spell of the holiday season? 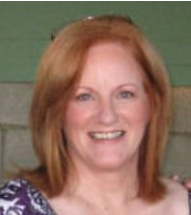 When Aileen Fish was eight or nine, she told the mom next door that she wanted to be a writer, but she hated writing her stories down. At twelve, she wrote her first novel after reading The Outsiders by S.E. Hinton. Well, she wrote most of it. That writing it down part got in the way again.

Aileen’s early works as an adult included a parallel-world Young Adult fantasy based on Native American mythology, which she wrote with the help of Ray Faraday Nelson in the Writer’s Digest Novel Writing Workshop. Her short fiction at that time was primarily dark fantasy, and her first sale was “Saturday Night” in the Summer 1991 issue of After Hours Magazine.

Obviously, Aileen has trouble remaining in the real world. Even as she ventured into romance, there was always a paranormal twist. She has tamed the inner beasts and demons into short periods of submission, which allow traditional historical romances to escape onto the page. Oh, and she no longer has that problem with finishing a story. Now, it’s a matter of finishing fast enough for the next hero to get his turn.